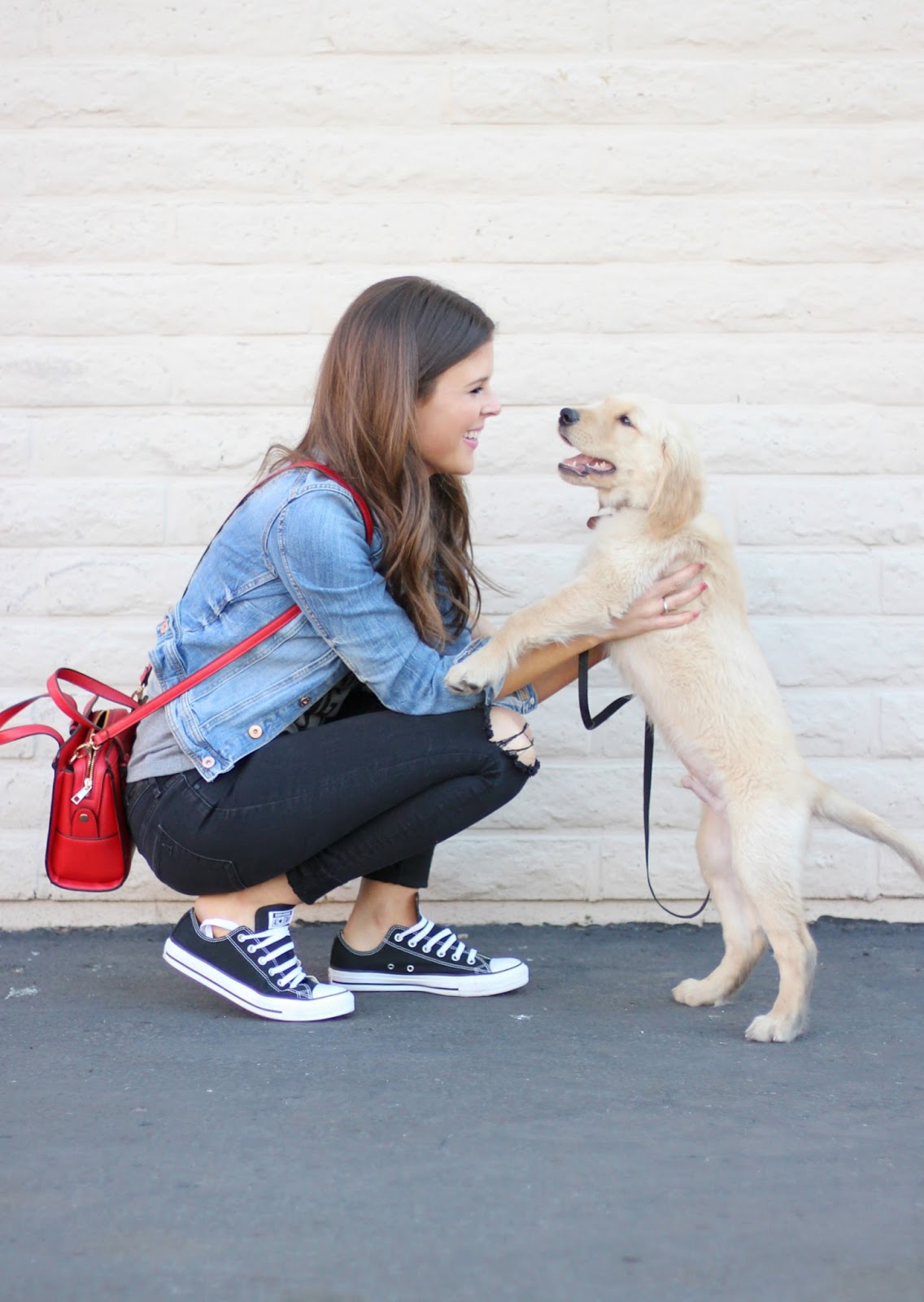 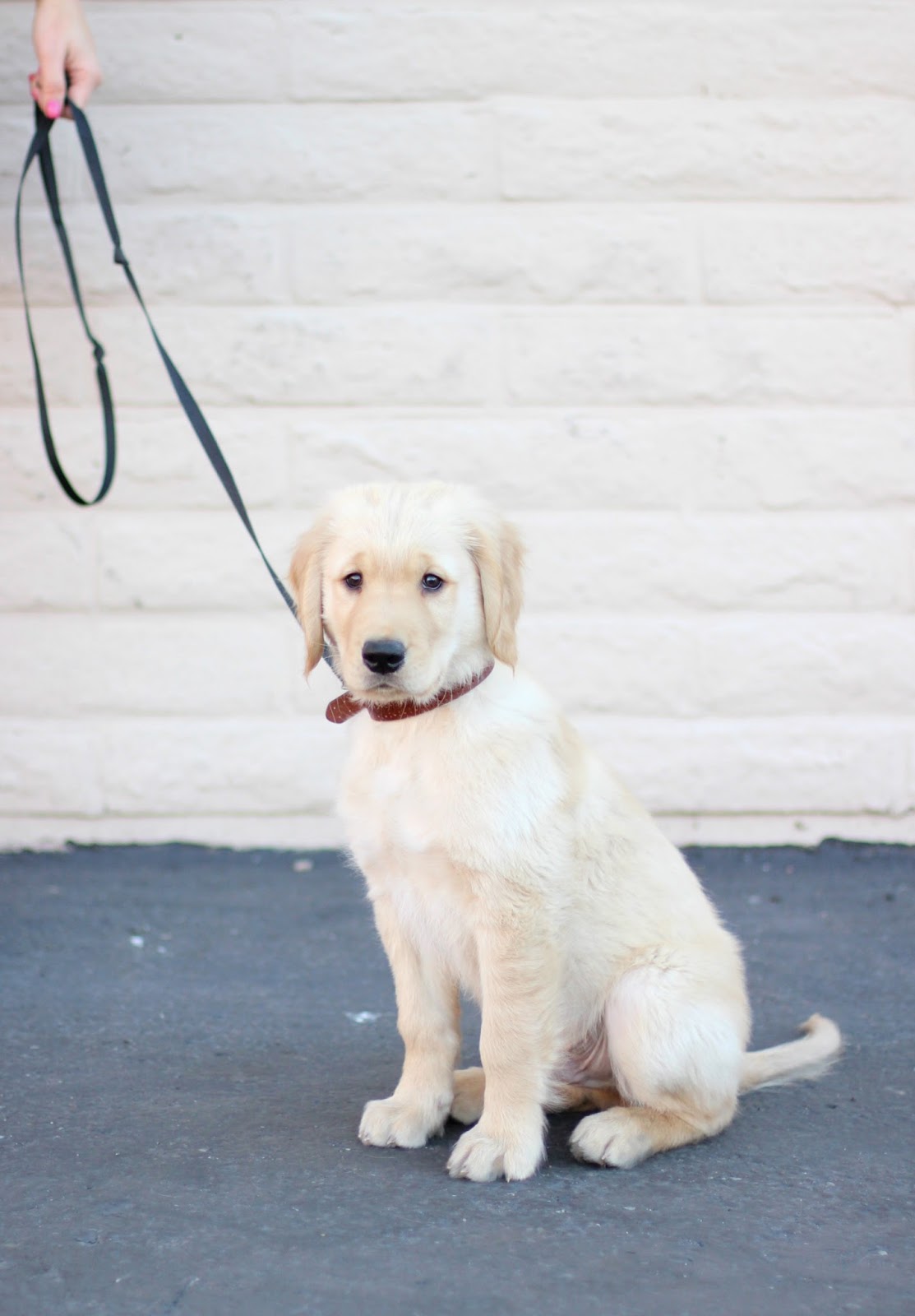 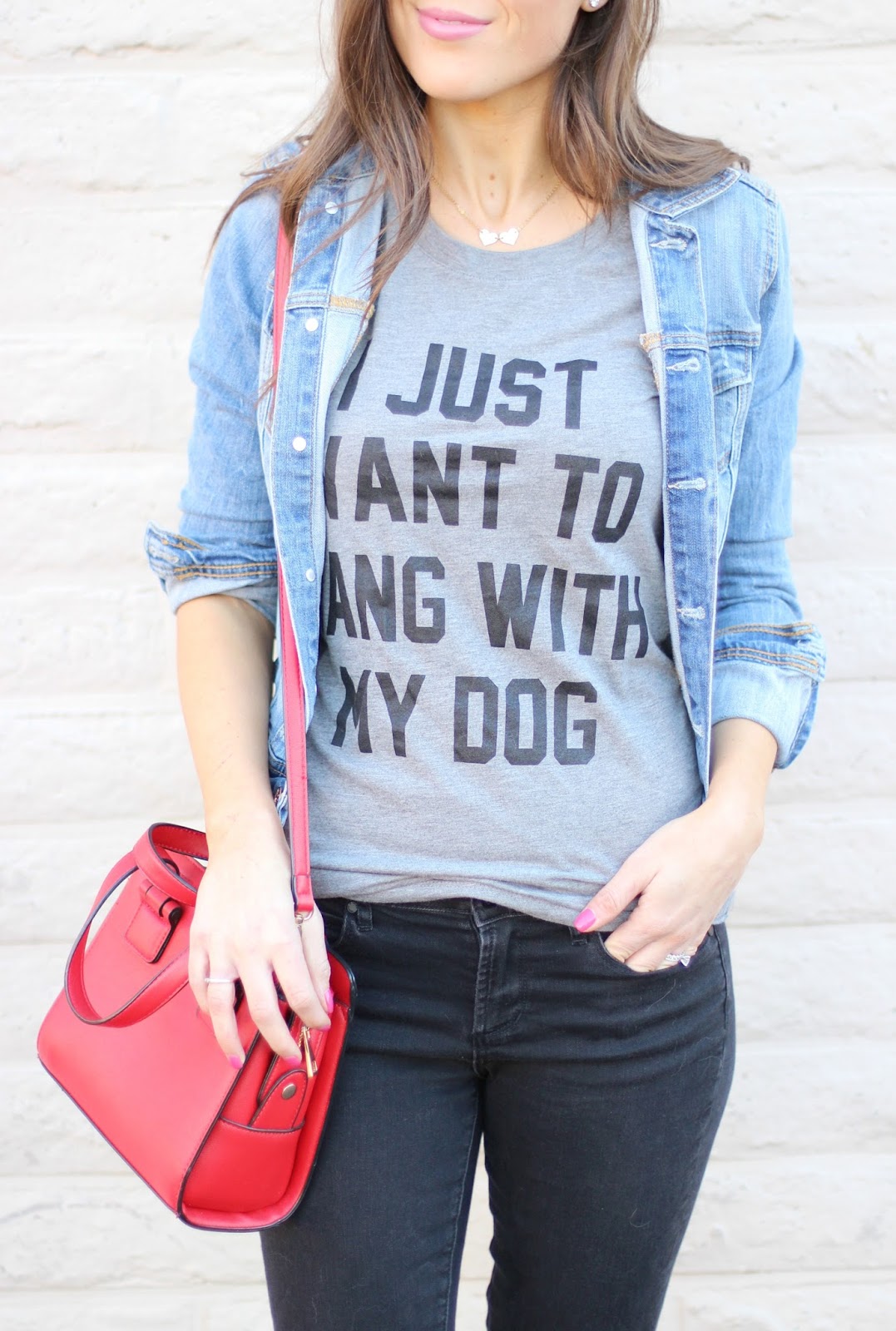 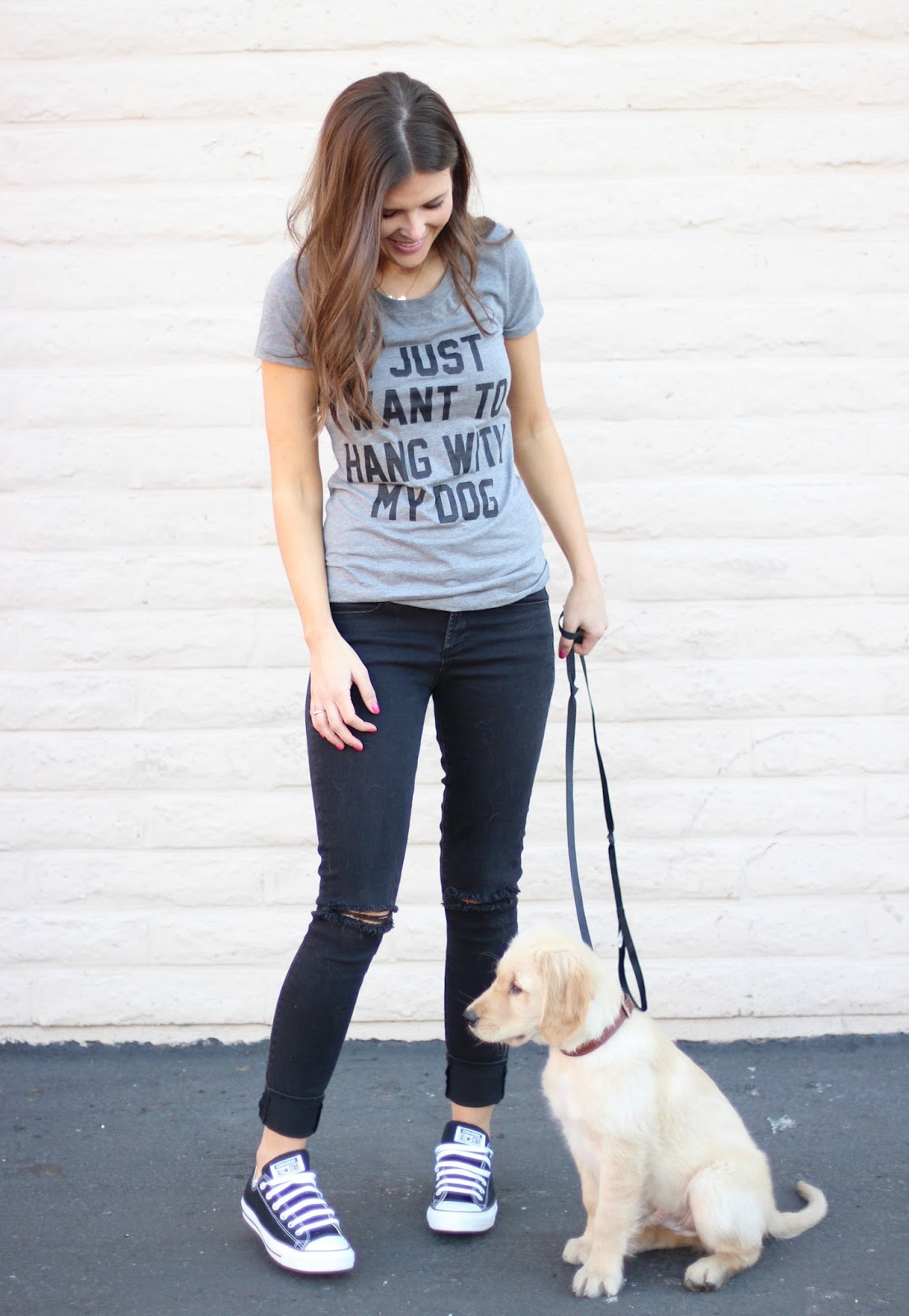 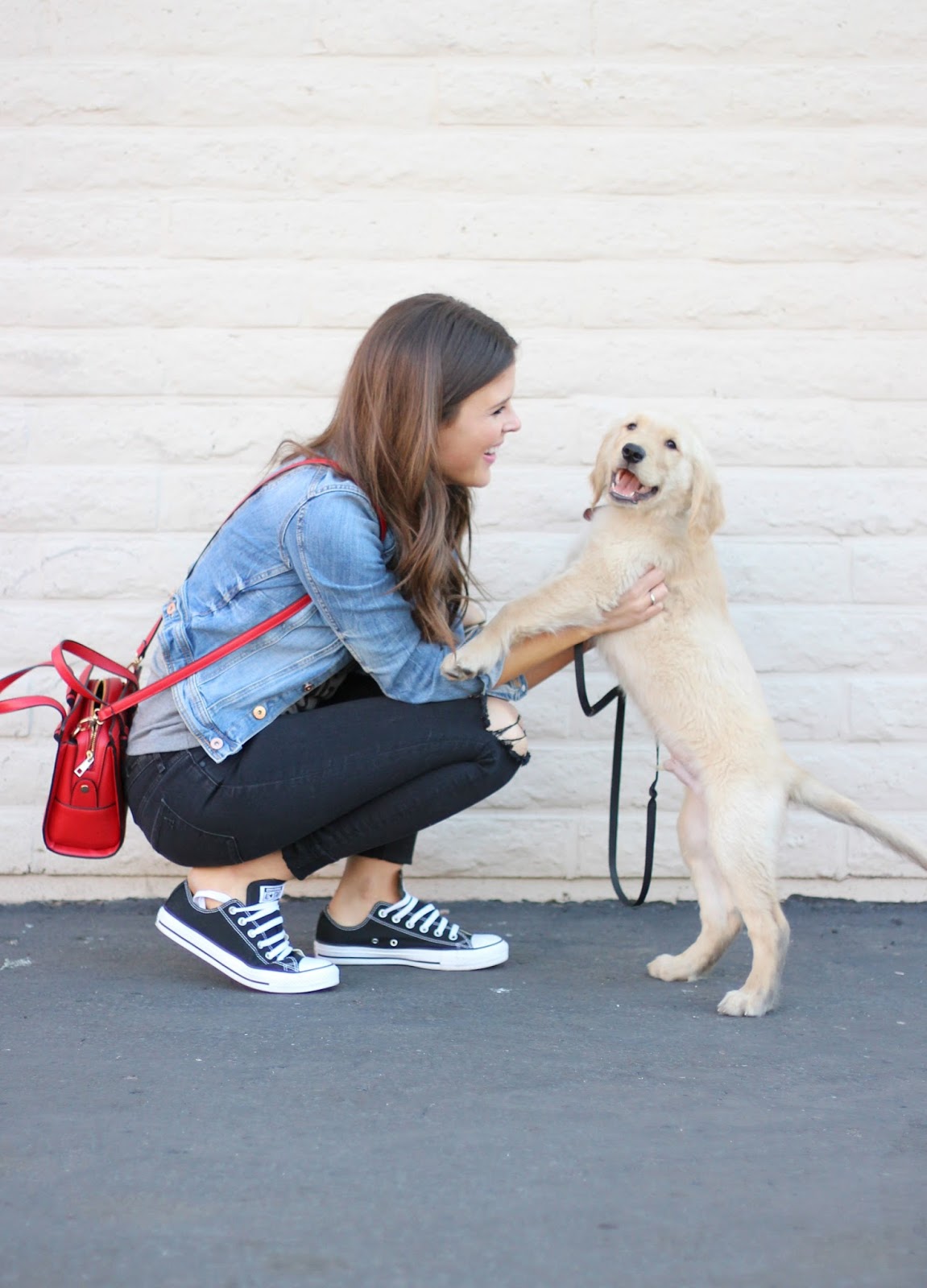 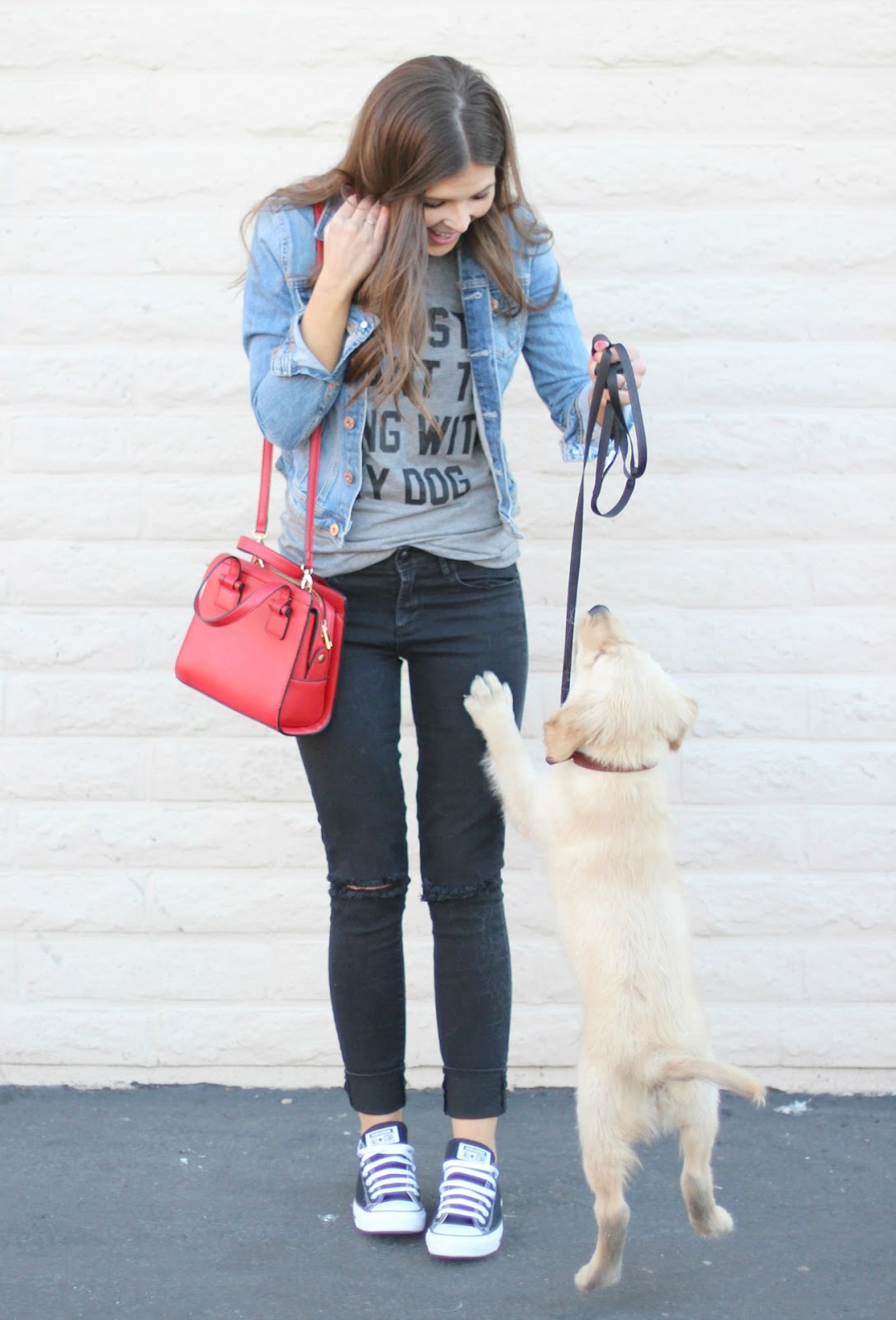 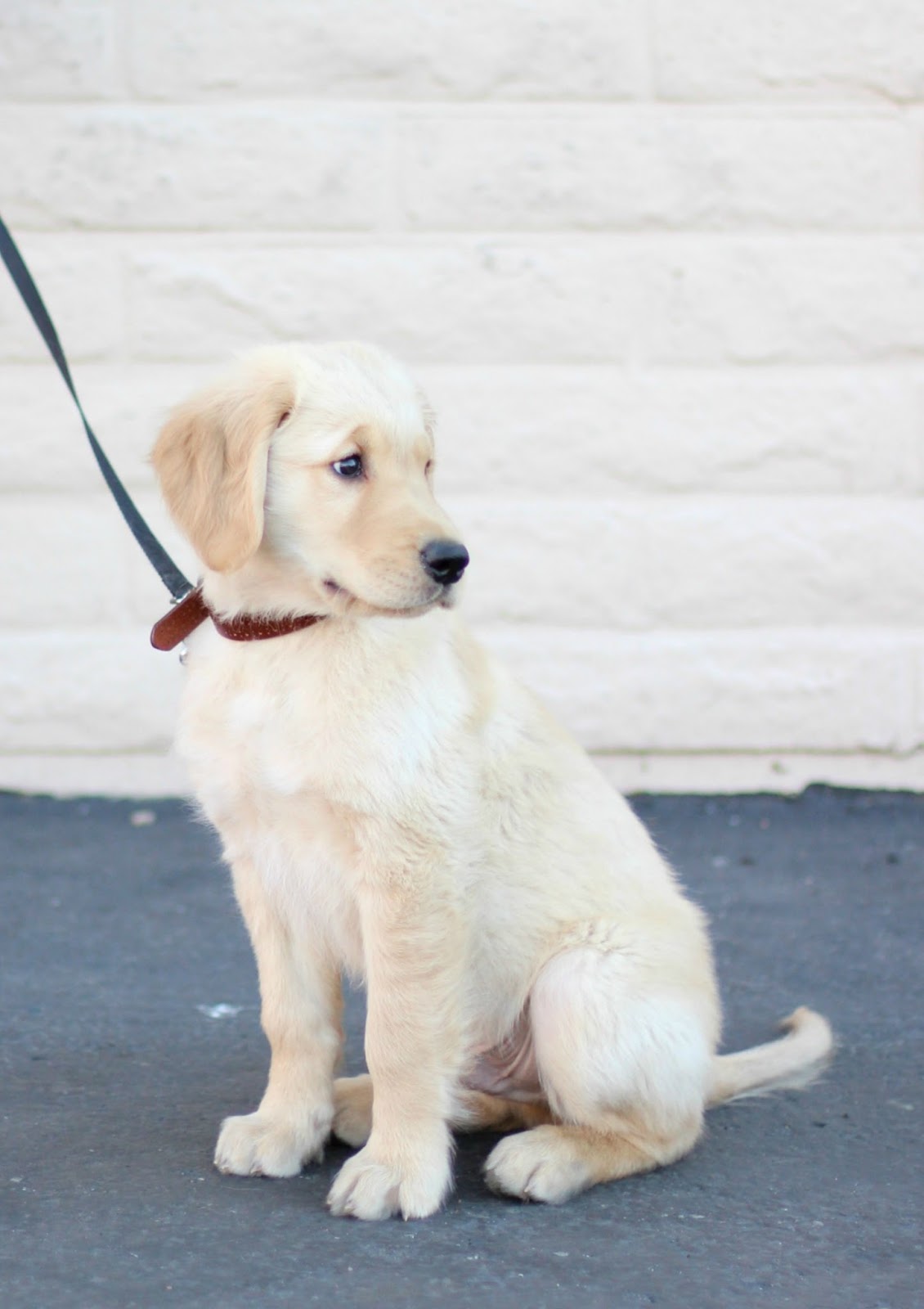 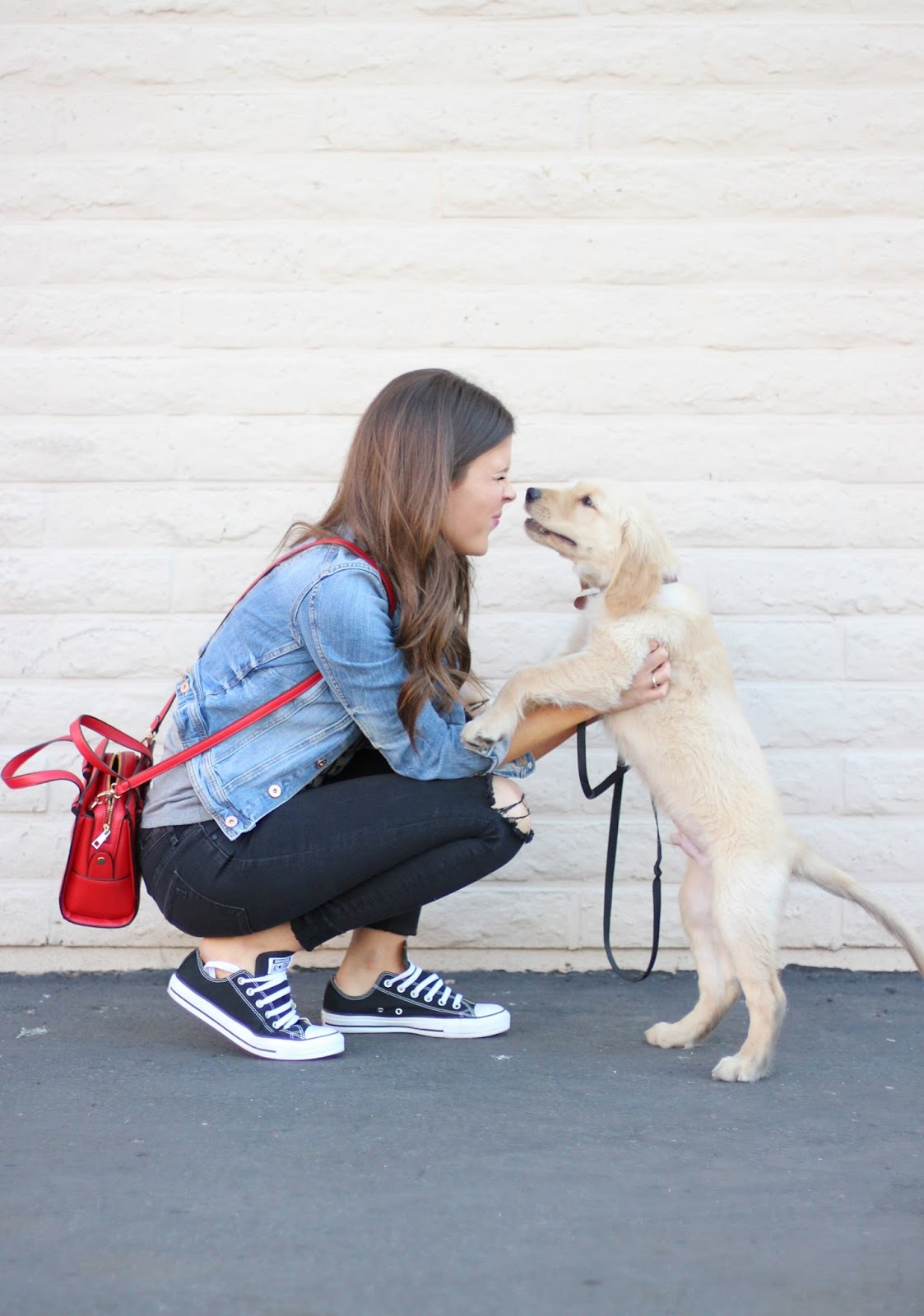 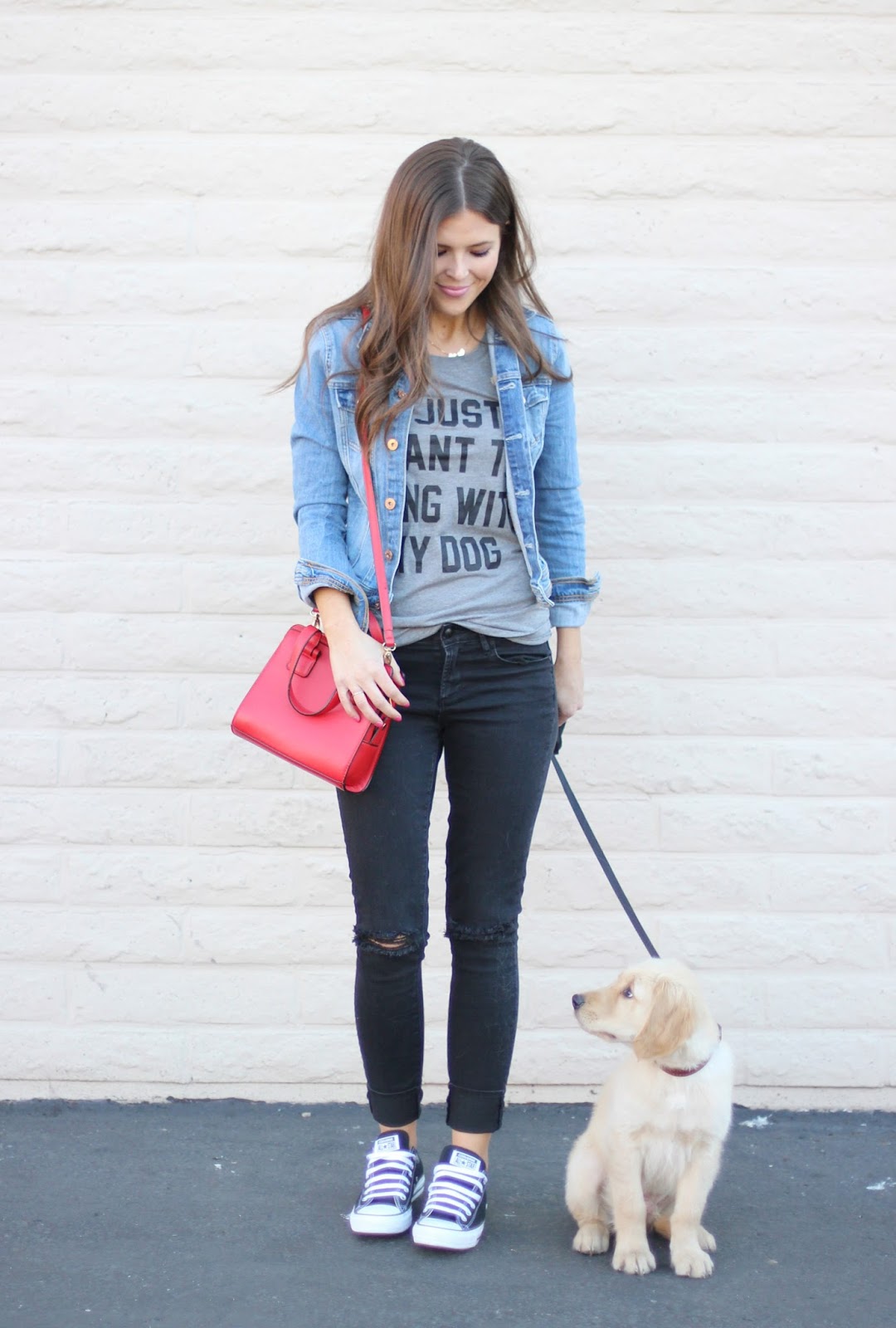 Good Morning and Happy Monday! It’s been a while since Huck has made an appearance on the blog, so I thought I’d share a quick update of how things are going. Side note: These photos were actually taken at 12 weeks and he’ll be 14 weeks tomorrow so he’s grown quite a bit since then. We just weighed him yesterday and he’s already 30.2 pounds! It’s hard to believe he was this small and fluffy at one point!

We started puppy training classes last week and he did really well! We’ve been practicing basic commands with him for the past 8 weeks and he currently knows how to sit, lay down, shake and is working on stay. This first week of his classes focused on the commands “Now” and “Watch Me” so we’ve been working on those with him too.

We’ve been crate training him since the day we brought him home and he’s done so well. He’s never had a problem with his crate and has slept through the night almost every night since we’ve had him. The first night we were both prepared to be up all night with him but he shocked us by sleeping 7 hours! Colton and I joke that when we have a baby, he/she will be the worst sleeper ever since we got so lucky with our dog.

We recently got the okay from our vet to begin taking Huck on walks and he loves them! We have to walk him on the street because he wants to put anything and everything in his mouth. I’d say the only thing he likes better than walks is playing with his best friend Millie, my sister’s french bulldog.

The main things we’re working on with him right now is not biting and chewing on things he shouldn’t. When he bites it’s completely playful and he’s teething so he has his mouth on everything but we don’t want to make it a habit. Anytime he tries to bite our hands or ankles we grab him a toy and put it in his mouth instead. We’re trying to teach him that the only things allowed in his mouth are his toys and food. Thankfully, he’s slowly starting to catch on. 🙂

Colton and I love Huck so much and are so happy to have him as part of our family!

Also, how cute is my shirt from The Daily Tay?! I know it’s kind of hard to see in some of the photos because of my jacket but it says “I Just Want To Hang With My Dog.” 20% of profits from the shirt go towards animal shelters! The shirt runs a little snug, so I’d recommend going up a size if you want a more relaxed fit.