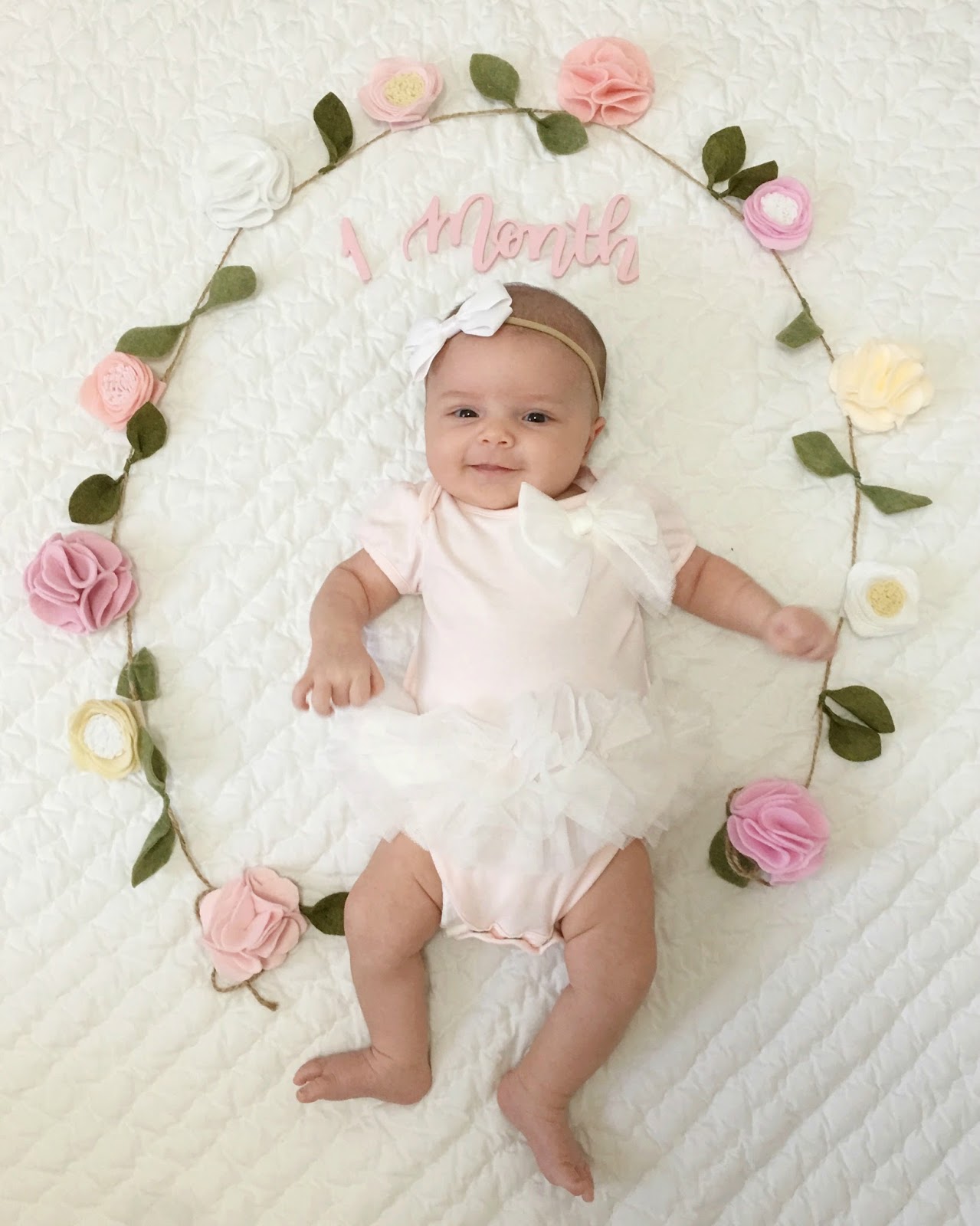 She’s wearing some newborn and mostly 0-3 months clothing and is in size 1 diapers. We love Pampers Swaddlers! We haven’t tried any other diapers so we have nothing to compare them to but she’s only had two blowouts since she was born, which is a win in my book. I love that they have the wetness indicator so I don’t have to undo her diaper to check if she needs to be changed.

The first three weeks there was no routine to her sleep schedule but by week number four she was going down from 9pm to 3am and again from 3:30am to 6:30am most nights. She also started taking one longer nap (2.5-3 hours) around 1pm. She slept at random times throughout the rest of the day, but always took at least one morning nap and and one evening nap. There’s no schedule to her eating at this point and I’m feeding her on demand.

Eating, bath time, being swaddled, laying on her play mat to read books, her white noise machine, and bouncing on an exercise ball. I told Colton he should take the exercise ball to work to use as a chair after giving birth because I didn’t think I’d need it anymore. Good thing we kept it because girlfriend LOVES to bounce. The first few weeks she pretty consistently had two hours of fussy time late at night where absolutely nothing would keep her happy besides eating and bouncing.

Her swing. We’ve tried it so many times but she just does not like it. As with many baby products, I know that a lot of times it just depends on your baby. We’ll definitely keep trying and hope that she grows to like it soon!

Tummy time and car rides. Scottie loves laying on her stomach and resting during tummy time but she’s not a fan of the whole lifting your head up part. Hopefully she starts to enjoy it as she gets stronger! Car rides are a total hit or miss. Some days she loves them and will be awake and happy or quickly fall asleep and other days she screams her head off the entire time. 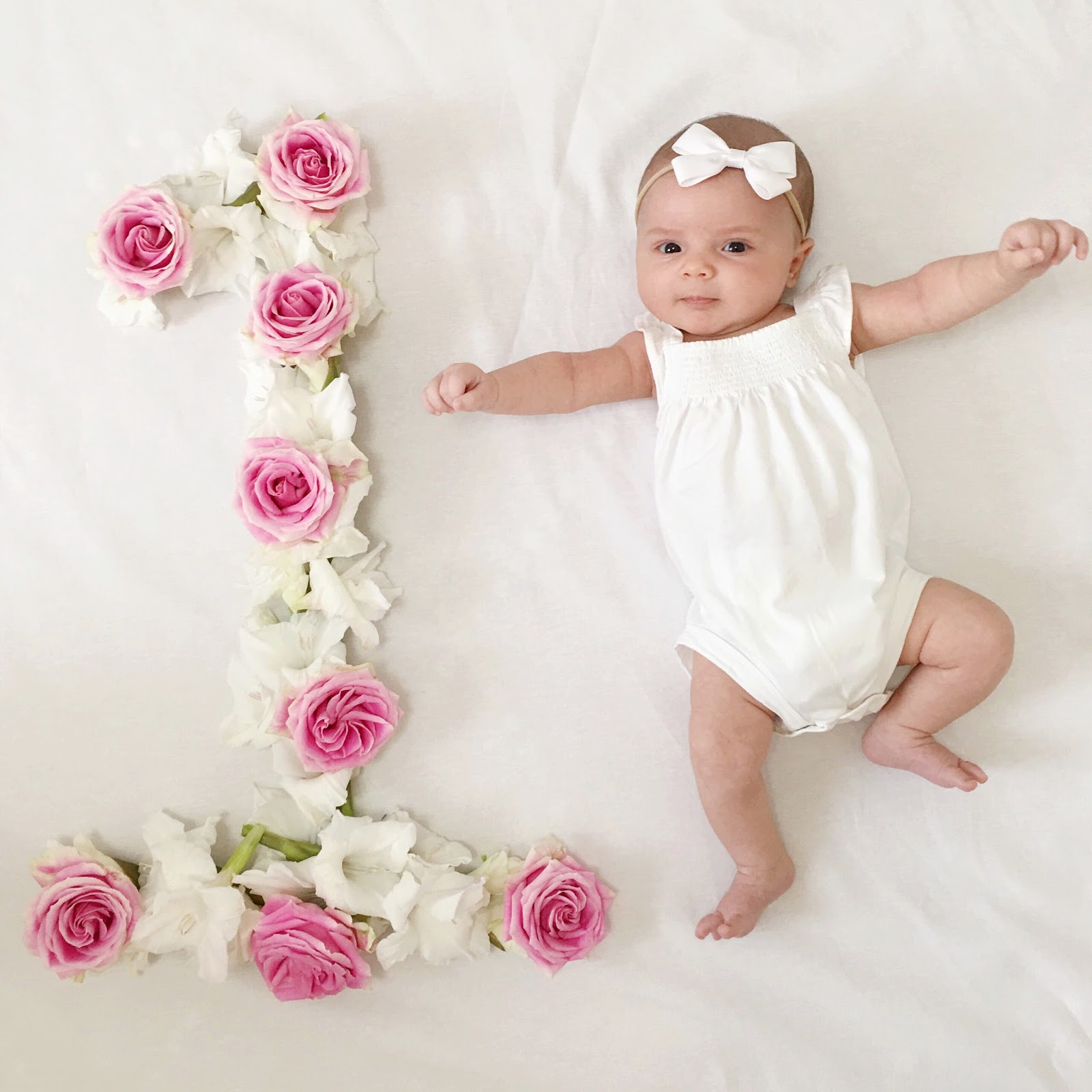 DockATot: This is hands down the number one product I’d recommend! And to think Colton and I almost didn’t buy it because we weren’t sure if it was worth the price tag. Scottie doesn’t sleep in it at night (she sleeps in a bassinet) so we didn’t know if it would be worth the money but it’s been such a lifesaver. She takes her long nap in it everyday and I can just bring it to whatever room I’ll be in for the majority of that time. Lately, I’ve been putting it on the couch and working while she sleeps. It’s also great for when we’re going to someone’s house and she needs to take a nap because it’s more convenient than bringing and setting up the Pack ‘n Play.

Halo SleepSack: Colton and I were so paranoid the first few nights after bringing Scottie home from the hospital. We had a few different swaddles but worried one was too hot and that she’d be able to get out of the other one. We ordered the Halo SleepSack (Amazon Prime to the rescue!) on the second day home and have used it every night since.

White Noise Machine: Scottie sleeps so much more soundly when we have this on. It’s also great for trying to get her to go to sleep and helps relax her.

Solly Baby Wrap: This wrap is like magic! Anytime I put Scottie in it, she’s asleep within two minutes. She usually takes a small morning nap in it while I get things done around the house. The easy everyday tasks such as making the bed, unloading the dishwasher, or starting a load of laundry sometimes don’t seem so easy when you have a baby that’s wanting to be held when she’s not eating or sleeping but she’s totally content in the wrap.

Boppy Pillow: This pillow has made breastfeeding so much more comfortable. I didn’t bring it with me to the hospital and I had to use three regular pillows to try and get into a comfortable nursing position and it still didn’t feel as comfortable as using the Boppy.

Baby Bling Bows: Definitely not a necessity, but I love these bows because they don’t leave marks on Scottie’s head unlike a lot of other ones we’ve tried.

Covered Goods Multi-Use Cover: We love this cover and use it all the time! It can be used as a carseat cover, a nursing cover, and a shopping cart cover.

LED Portable Bedside Lamp: I love using this lamp for middle of the night diaper changes and feedings. It has soft or white lighting and you can adjust the brightness, so it’s a lot better than having to turn the light on in our room each night. We plan on using it as a night light in Scottie’s room when she gets bigger.

Munchkin Changing Pad Liners: Newborns go through LOTS of diapers and at least once a day Scottie decides to go to the bathroom mid diaper change. We’d have to constantly be washing her changing pad cover if it weren’t for these. 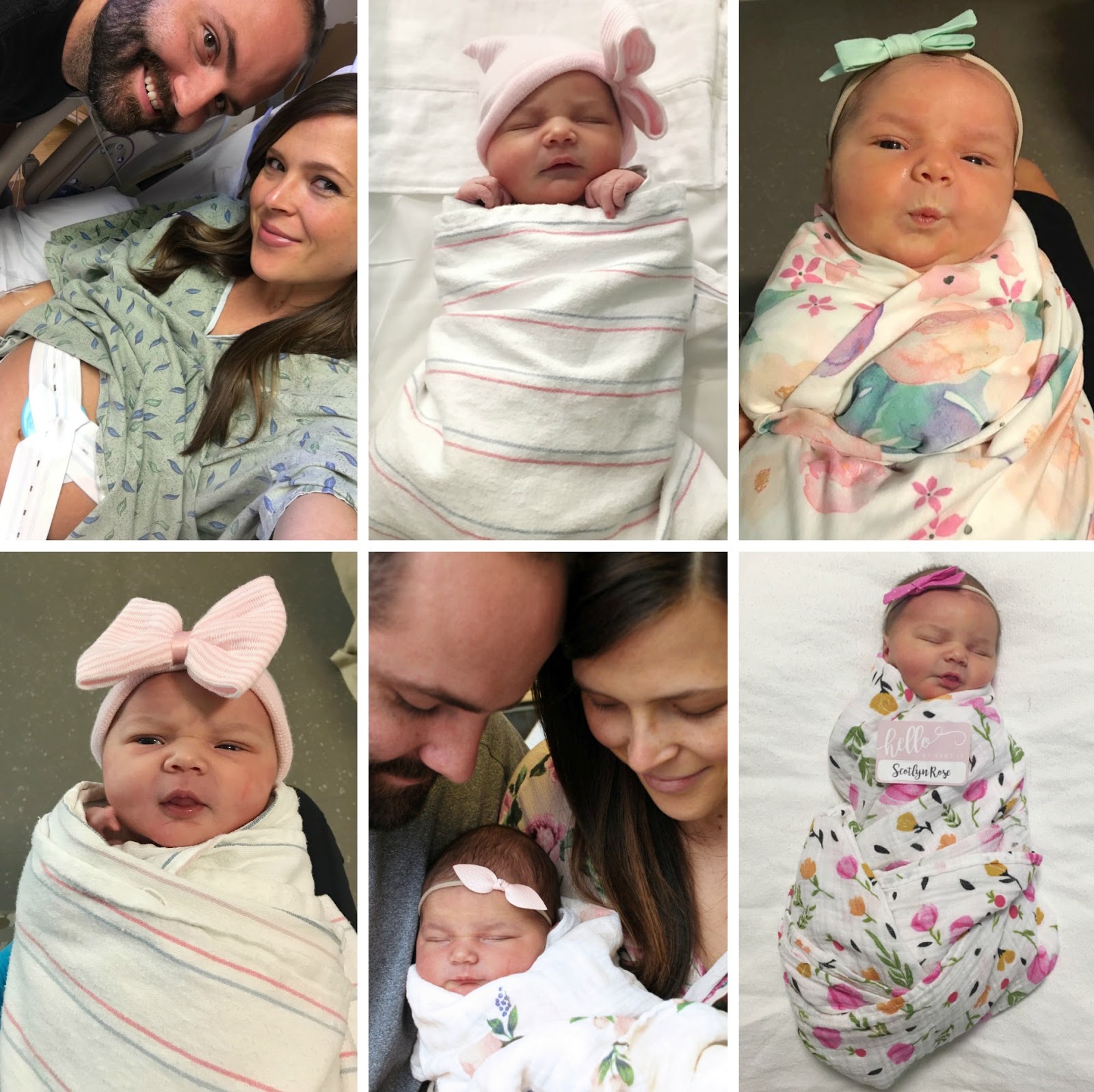 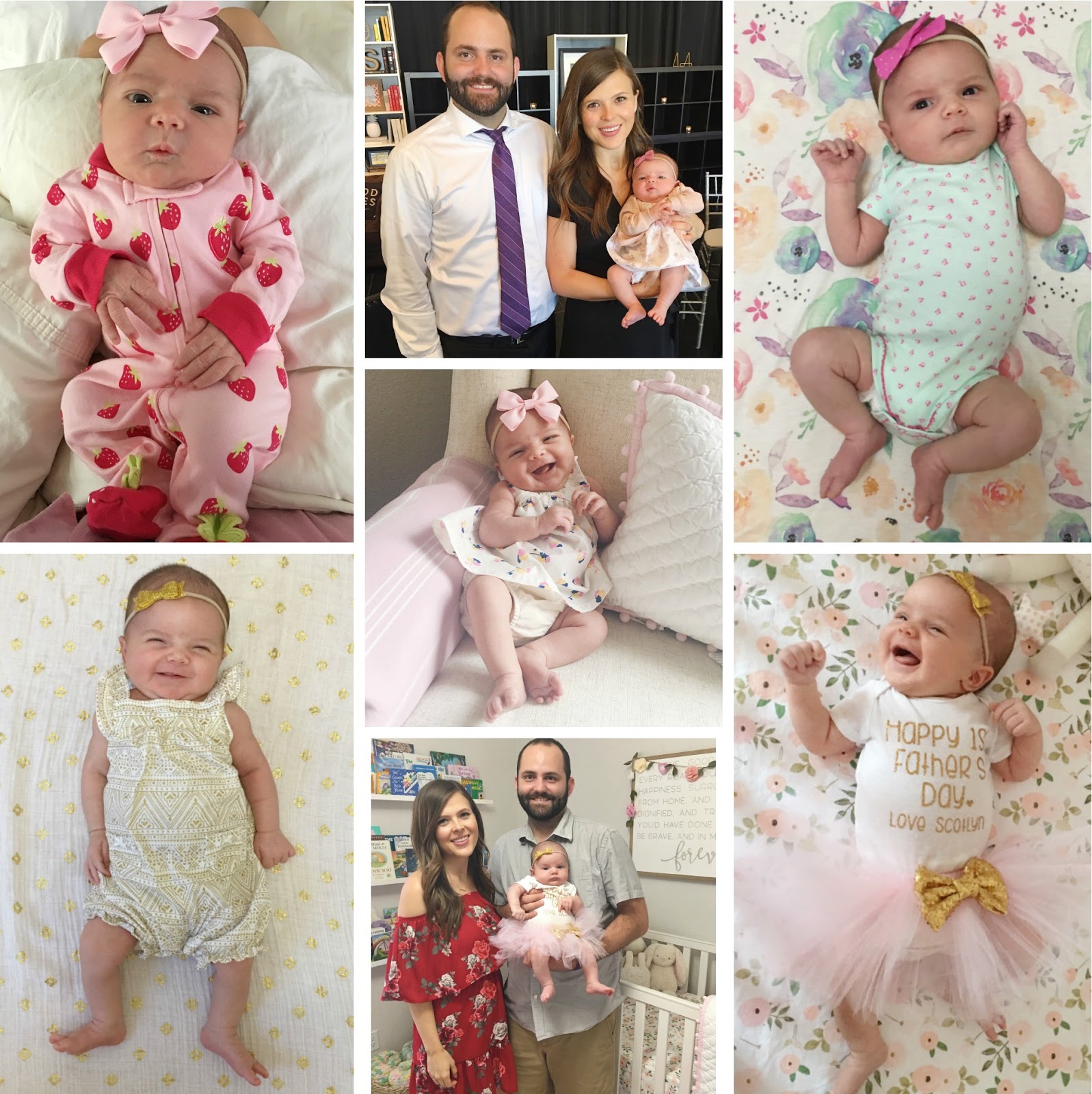